Mixing it up, musically.

Continuing with the 80s tonight and a concert by UB40 from June 13, 1981. Recorded, as always, by the venerable BBC Radio as part of their In Concert Series.

Part of the Reggae/Ska movement of the late 1970s/early 80s UB40 were, in many ways, a breed apart from the beat-driven frenetic sounds of The Specials or the high-voltage energy of Madness.  UB40 took it down a few notches and offered up some luxurious song-writing that factored high on many “music to shag to” lists in the early 1980s. They were hugely popular throughout the world and were voted Best British Band in 1984. All told, UB40 have sold some 70 million records during their long career.

They’ve gone through many career ups and downs and have weathered numerous personnel changes over the 30+ years, but they’re still together and still gigging.

This concert, from 1981 captures them during their formative years. Already with a string of hits, the best was still yet to come. 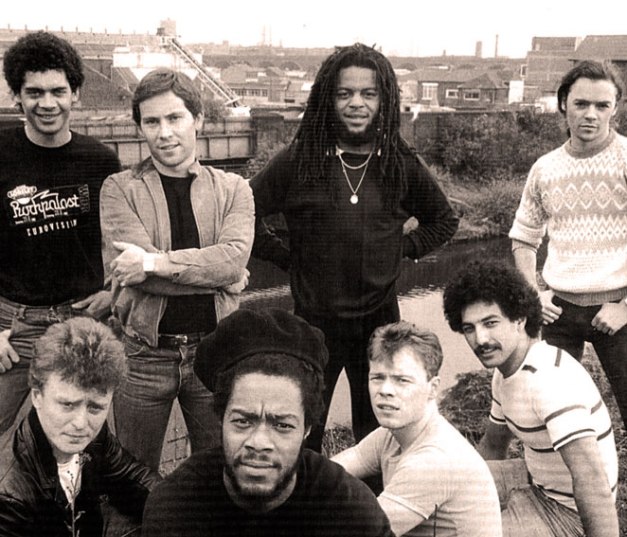 UB40 – not your average quasi-Reggae get-together.

Another favorite tonight. UB40 always seemed a few cuts above the other bands embracing the Reggae/Ska/Bluebeat genre. And because of that, their fan-base was much larger as well as having several hits that would be considered crossovers into the Pop category.

Tonight it’s their debut session for the inimitable John Peel. Recorded on January 2, 1980. It’s short (just three songs), but it’s memorable and gives a good idea of how versatile and talented UB40 were when they got started.

Three songs – not frantic. in fact, very laid back.