Trio Chausson – warming up the airwaves this week.

Over to Paris this week for a somewhat short (a little over an hour, but very nice) concert by Trio Chausson. It was recorded by the ever-wonderful Radio France Musique on June 9th and features music of Cècile Chaminade, Ernest Chausson and Beethoven.

Since it’s been a nerve-wracking week so far, all the calm available is much needed right around now.

Enjoy and survive the week.

Click on the link here for Audio Player – Part 1

Click on the link here for Audio Player -Part 2:

The first part (top player) features music from Britten‘s Peter Grimes – Pasacaglia and Four Sea Interludes and the second half (bottom player) is given over to the Mahler.

The concert was recorded on My 26th.

A nice contribution to Anti-Road Rage Wednesday, if you ask me.

Turn it up anyway.

Koko Taylor – sayin’ it, and the French, diggin’ it. (Photo: Peter Amft)

Click on the link here for Audio Player: [audio https://pastdaily.files.wordpress.com/2013/06/kokotaylor1993-11-15-bordeauxfrance.mp3]

Starting off the weekend with the inimitable Koko Taylor, live in Bordeaux, France on November 15, 1993.

The whole thing (or about an hours worth) recorded live from the stage by Radio France. Something that happens on an almost daily basis with radio and live concerts all over Europe. Funny, we have to go some 5,000 miles (give or take) to hear some of our national treasures.

I guess we take them for granted – they don’t.

In any case, here’s a good dose of downhome to get your weekend started.

Dig it, and come back for more. 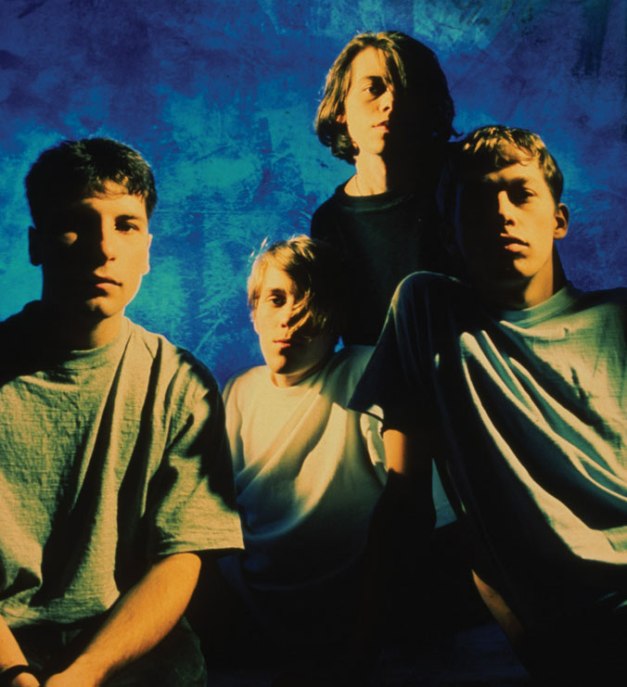 Ride – a lot more than shoegaze, but the wall of guitars were a dead giveaway.

Click on the link here for Audio Player: [audio https://pastdaily.files.wordpress.com/2013/06/ride-in-session-bbc.mp3]

Perennial favorites Ride tonight. One of the memorable bands of the 90s (for me anyway), they were at the forefront of the “wall of guitars” sound that started up in the late 80s. Sadly, they never really caught on in the U.S. (not for lack of trying – they had a slew of eps and all their albums were available for a time) and the band eventually called it a day in 1996.

They left behind some great music and quite a number of live sessions, done for John Peel and others at The BBC.

By 1994 the band’s sound was evolving, away from the dense wall of guitars into a more Psych approach. Still, they were putting out some memorable material.

If you aren’t familiar with them, by all means – crank this one up, but look for their early material as well.

If you are familiar with them – you know what to do.

Frida Sundemo – Live In Session At Sveriges Radio -Nights At The Roundtable: Rock Without Borders Edition

Click on the link here for Audio Player: [audio https://pastdaily.files.wordpress.com/2013/06/frida-sundemo-in-session-at-sveriges-radio-april-3-2013.mp3]

And now for something a little different tonight – Frida Sundemo is a Swedish indie/alt/Pop artist currently touring around Sweden and hitting London later on this month with her new ep Indigo, which has been getting a lot of attention both in Sweden and the UK.

Here she is in session, recorded this past April 3rd in the studios of Sveriges Radio.

Her music is described as “Undefinable pearls of Pop”.

I would describe it as “ethereal with a side order of catchy”.

Either way, check her out and see what you think.

The Neville Brothers – Live In Munich – 2005 – Nights At The Roundtable: Mini-Concert Edition 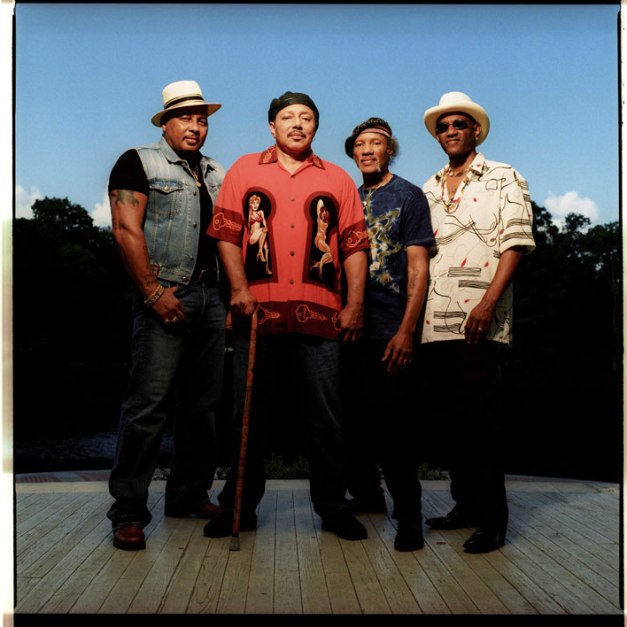 The Neville Brothers – New Orleans’ very own First Family of Funk And A Whole Lot More.

Click on the link here for Audio Player: [audio https://pastdaily.files.wordpress.com/2013/06/nevillebrothers2005-02-23muffathallemunichgermany-revised.mp3]

With news the legendary Neville Brothers are on their farewell tour this year, I thought I would add something as a preview of coming attractions if you happen to be in a city they’re heading to and have tickets, that I understand are going fast.

Here’s a concert they did in Munich on February 23, 2005 at the Muffathalle. Luckily, the show was carried by a local German radio outlet and we have it for posterity.

So if you’re on the fence about getting tickets (especially if you’re in L.A. and considering seeing them at The Hollywood Bowl soon), maybe this will tip the scales.

The first family of New Orleans has never sounded better and it should be a memorable set of gigs this year. Don’t miss it.

Ruidoblanco – Indie and Spanish, all at the same time.

Click on the link here for Audio Player: [audio https://pastdaily.files.wordpress.com/2013/06/ruidoblanco-los-conciertos-de-radio-3-may-14-2013.mp3]

Over to Madrid tonight for a studio session by Catalan quintet Ruidoblanco, recorded on May 14th by RNE Radio 3.

Touring Spain to promote their new ep El Hombre que Habita el Mundo (The Man who inhabits The World), Ruidoblano have been getting good notices and reviews, including an appearance at the Rolling Stone Awards 2012 in Madrid. They’ve primarily concentrated on Spain for breaking ground and don’t have plans (as of this writing) to  head out of home turf for the time being.

But that doesn’t mean you can’t check them out here. They haven’t been together that long, and judging the reviews, they are making huge strides in honing their sound which bodes well for their future.

And who knows – they might just show up at SXSW next year.

And you can say you heard them here first. I won’t mind at all. 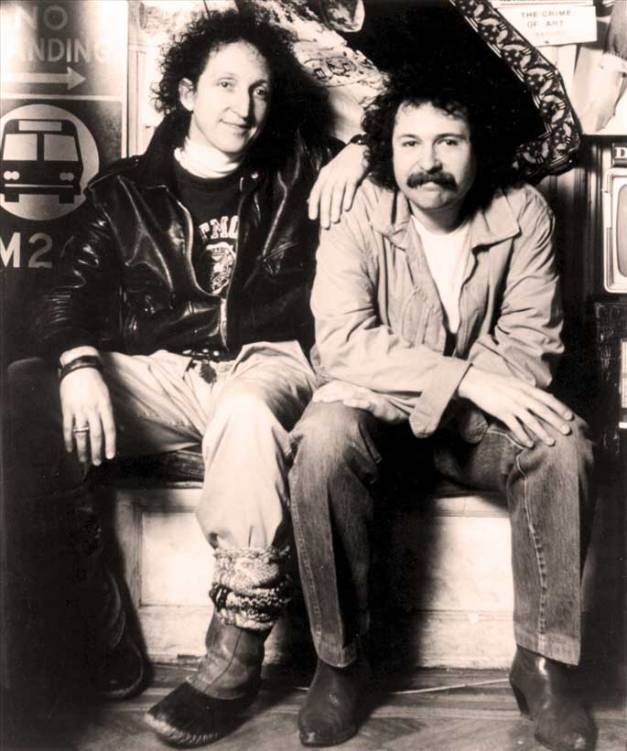 Aztec Two-Step – a blast of Americana from the 70s tonight.

Click on the link here for Audio Player: [audio https://pastdaily.files.wordpress.com/2013/06/aztectwostep1976-12-23myfathersplaceroslynny-revised.mp3]

I understand Aztec Two-Step are still alive and kicking and touring around. I will admit they slipped off my radar around the time of this concert broadcast, via WLIR-FM, in 1976. No good reason, just distracted – 1976/1977 were busy years for music and a lot was going on.

And sometimes that’s not such a good thing because a lot of good music gets buried in the avalanche, and all the competition for ear-space is fierce.

But Aztec Two-Step were, and still are I would imagine, a fine band with a lot of interesting stuff to say.

So when I ran across this gig, a concert given at My Father’s Place in Roslyn, New York on December 23, 1976, I was pleasantly surprised and a little puzzled that I hadn’t paid more attention to them earlier. Like I said – can’t be everywhere all the time. Some stuff just gets buried or set aside for a rainy day.

In any event, here is a band that can use some in-depth listening, during a period of time when their second album was released (they’re up to Number 15 at the moment), and who successfully straddled Folk and Pop and come up with some engaging results during the seriously insane 70s.

Split Enz – Nothing, if not original.

Click on the link here for Audio Player: [audio https://pastdaily.files.wordpress.com/2013/05/split-enz-live-1977-edited.mp3]

I have a special fondness for this band. Having first seen Split Enz at The Roxy  in Los Angeles during their debut American tour in 1977 and having interviewed the band shortly after, I was baffled they didn’t receive the huge acceptance I could have sworn they were going to get from the start.

Well, that was a bit early. And it wasn’t for another couple of years before they got the worldwide recognition they really deserved. Split Enz were always an intelligent, well-crafted, thoroughly engaging band to listen to. And I will confess to wearing out my first copy of Mental Notes in a little less than a month.

They went through some personnel changes in the years later, eventually packing it in for a while in 1984 and going off to other endeavors. But Split Enz have always remained a unique entity in the story of Rock, weirdo stage personas not withstanding.

Tonight’s post is during that formative phase, a little while after I first saw them. In Concert in London and recorded by the venerable BBC for their In Concert series, Split Enz retain all that originality and energy, some 30+ years later.

Laura Insuasti-Malaga of Dry Martina – a mash-up of Retro and Latin with some Soul on the side.

Click on the link here for Audio Player: [audio https://pastdaily.files.wordpress.com/2013/05/dry-martina-live-at-los-conciertos-de-radio-3-feb-7-2013.mp3]

Diving into more Retro tonight, this time by way of Spain. Dry Martina is a combination funk/retro/Spanish-Pop/Soul/Swing and a taste of Louis Prima headed up by singer Laura Insuasti-Malaga. The end result is a tasty, luxuriant blend, enhanced by some powerhouse Spanish singing.

Pulling off Retro can be a tough thing. It can lend itself very easily to parody and the “faithful recreation” trap a lot of bands fall in to. Dry Martina don’t do that. They have enough influences to keep the whole thing moving at a fast clip. And the overall Spanish flavor adds, not only a nice touch, it gives the whole endeavor another dimension and a freshness.

Tonight’s session comes from this past February 7th, via the venerable Los Conciertos de Radio 3 in Madrid. An excellent daily program that cuts a wide swath of musical taste very much like our own Morning Becomes Eclectic on KCRW or the KEXP live sessions (something else to add to your “must hear daily” musical regimen).

I don’t know what Dry Martina’s plans are for touring or performing this coming year, other than a gig in Budapest coming up in June. Their new album Perfect Moment came out late last year to very good reviews and favorable sales. The future looks good.

And here’s a thirty minute reason why.