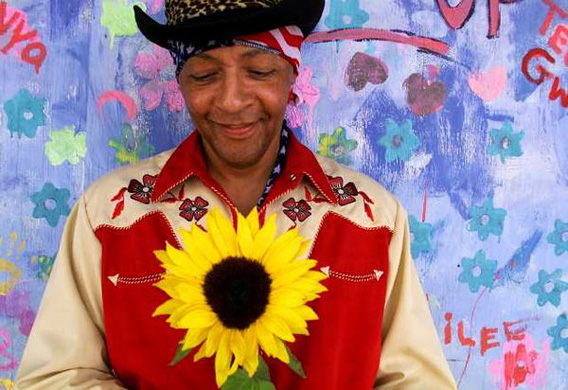 Arthur Lee – the world was a whole lot better off with him in it.

One of my absolute favorites tonight. Sadly, not a complete concert, but enough to give you an idea of how Arthur Lee’s revival was coming along in 1996.

One of the great artists of the 60s, who shaped and influenced many bands long after the initial Love dissolved. Lee was beset with a lot of personal problems and it hampered what was becoming a huge career. Luckily for everyone, he already had a rich legacy of music, which was, and still is, being discovered by fans who never met him.

Tonight it’s a performance from his 1996 Summer Concert Tour in Europe. He is backed by a band otherwise known as Baby Lemonade, but re-named Love for the occasion. It was recorded in a club in Odense Denmark,  broadcast by Danish Radio.

3. Your Mind And We Belong Together

Fontella Bass – one of the most distinctive voices in Soul.

Click on the link here for Audio Player: 03 – I Want Everyone to Know

There’s a disturbing regularity this year, reporting on the passings of memorable and influential Artists. Fontella Bass is the latest. One of the truly distinctive voices in Soul, Bass scored a huge hit in the 1960’s with Rescue Me, a song sometimes attributed to Aretha Franklin (who later recorded it). But I’m here to tell you, it was Fontella Bass who made that song unforgettable.

And it’s probably been played  constantly the past several days, since hearing of her passing at the too-young age of 72. So instead, I thought I would wander through her catalog and offer a track from her 1972 album for Paula Records, Free. Tonight it’s I Want Everyone To Know.

Another beautiful voice, another amazing talent. Gone now, but living forever through their music.

Jumping into more recent vintage this week with a concert from the 2012 Inntöne Jazz Festival at Diersbach Austria featuring the legendary Lou Donaldson Quartet.

Hitting 86 and still going strong, Donaldson continues his legacy with a spirited batch of side folk and an even more spirited audience. Good times all around.

Recorded live on May 25, 2012 by Austrian Radio and relayed by Swedish Radio, here’s the complete set.

Sit back, turn it up and enjoy.

Depending on where you’re reading this, it’s either still August 23rd or already August 24th. In any event, it would be criminal to let a birthday observance go unnocticed of one of the most celebrated drummers in rock. Keith Moon was certainly the spirit of The Who and it may have been a considerably different band without him. A musician who happened to play the drums, Moon did more to change the perception of drumming than anyone else at the time. Taking it from the place of being an elaborate time keeper to becoming an integral part of the classic songs of Pete Townsend. He was in a league of his own and one of the most influential drummers of the 20th century.

And today would have been his 66th birthday.

He is still missed.

Click on the link here for Audio player: John Lee Hooker – No Shoes – 1960

So by way of a tribute to one of the Blues immortals and a musical legend, here is tonight’s track – No Shoes, as recorded by the master in 1960.

It was with a great sense of sadness that I heard about the passing of the legendary violinist Ruggiero Ricci this past Monday (August 6th). A musician whose work I certainly grew up with and enjoyed greatly. During a time when there were a lot of musical giants in our midst, he stood out as one of the best.

So this week, rather than our Summer perusal of the Festivals in Europe, I thought I would offer a unique concert as way of tribute to the memory of a gifted and talented performer whose artistry enriched the lives of countless audiences.

This one is a rarity – I don’t think it’s been heard by very many people, or almost none. It’s a Hollywood Bowl concert from July 13, 1965 featuring the Los Angeles Philharmonic, guest conducted by another legend, Hans Swarowsky with Ruggiero Ricci as violin solo in the Sibelius violin concerto.

Here’s the rundown. It’s broken up over two players and there are no announcements. This is the raw, unedited tape recorded as it happened.

A Word From Che Guevara – 1964 – Past Daily Weekend Gallimaufry

A lot has been written about and written by Cuban revolutionary Ernesto “Che” Guevara. Photos of him have been turned into posters, T-shirts, paintings. He has come to symbolize the mythic-tragic Revolutionary figure of the 1960’s. But there are very few recordings of his voice. And this interview, done as part of the ABC News series Issues and Answers first broadcast on March 24, 1964, may very well be the only such interview Guevara did with mainstream U.S. Media.

Like much of the material I will be running in the future, this was originally run on my now-defunct Newstalgia site and it became a popular item among historians and the curious. So I’m offering it again now in case you missed it the first time.

Here is the complete interview.

Max Roach – one of the greatest Drummers/Percussionists the Jazz World had to offer during the 20th Century.

Click on the Link: Max Roach – Live at the Vienna Jazz Fest 1994

Over to Austria this week for a concert by the legendary Drummer/Percussionist Max Roach, recorded live at the Vienna JazzFest on July 8, 1994.

Here’s what’s/who’s on the set:

A little over an hour of the amazing Max Roach and his ensemble.

More evidence he was one of the greatest.

There is only one Martha Argerich.

Your perfect Anti-Road Rage Mid-Week Concert – honest. This week it’s from Rome and it features the Mahler Chamber Orchestra, conducted by the venerable Claudio Abaddo and the legendary Martha Argerich, Piano in music of Ravel and Debussy, recorded live in concert by RAI Radio 3 on April 21, 2011.

A rather short concert (coming in at just over an hour), but one that more than fills the bill in losing agitation, especially on the freeway..

Take a deep breath and relax.

The Yardbirds (w/Jimmy Page) - a severe attack of Guitar gods.