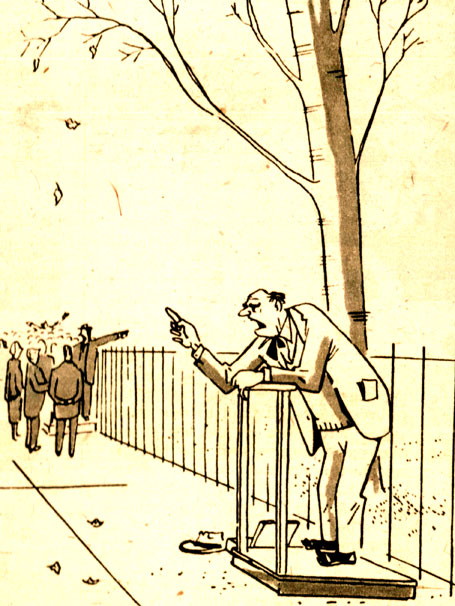 You’d think, after 53 years a subject like this would be a moot point. Problem recognized. Problem addressed. Problem solved.

But sadly, no. If anything, the problem has only become magnified, these past 53 years. And rather than listen to this broadcast with a sense of quaint antiquity, it’s listened to with a goodly sense of shock that we were actually more intellectually curious in 1959 than we are in 2012. Certainly, technologically we’ve made huge strides in that time. But from a strictly intelligent human being sense, I’m afraid we’ve fallen way behind. We are in the midst of a dumbed-down culture, slowly chipped away at for decades, not years.

In short, we’re in trouble and we have to turn it around. But then, we’ve been in trouble for a long time and maybe it’s too late.