Anna Calvi – Live At The Music Hall Of Williamsburg – 2011 – Nights At The Roundtable: Mini-Concert Edition

Special thanks tonight to our Bristol UK correspondent Mig Schillace for mentioning Anna Calvi to me. I had only heard about her but not actually heard her in concert. And, as Mig always does, he blew me away. Anna Calvi is relatively new on the scene, having really been around since 2011 (she’s been active since 2005). But in that short time has captured hearts and accolades just about everywhere she’s been. A Musician whose intensity of playing is only matched by her intensity of songs, she is an extraordinary artist. Going somewhat against type (she has a decided Model’s presence – so much so, that Paris Fashionistas are crazy about her), Anna Calvi is an accomplished guitarist, and coupled with a style of singing that fairly aches with passion, she lends a mesmerizing air to the concert hall. Her success is no fluke and her talent is no accident.

She’s currently on tour, coinciding with the release of her new album One Breath, and will be in the States for three dates (so far). One in Brooklyn (at the Music Hall of Williamsburg), one at UCLA‘s Royce Hall on November 11 and one at The Independent in San Francisco. And then it’s back to Europe for a string of dates in France until the end of December. If you happen to be in the vicinity of the three U.S. dates, make it a priority to see her. I suspect it will be memorable.

Tonight it’s a gig from 2011. A short concert from The Music Hall of Williamsburg in New York, recorded on December 13, 2011.

History is jammed with bands who got sidetracked somewhere out of the starting gate and never regained their momentum; crashing and burning and left with a legacy of “what if’s” as their epitaphs. Not so with Ocean Colour Scene. OCS (as they sometimes go as), got started in 1989, just around the time the Madchester scene was starting to take shape. With a well received first single and a debut album ready to be released, something went slightly haywire. The label they were on was suddenly acquired by Polygram and their first album was remixed and remastered without the band’s knowledge, and turned what was an auspicious beginning into a disappointing one, since the remixed album was received poorly and failed to make much dent. What ensued was a legal tangle that most other bands would not have survived (and historically didn’t). But in the case of Ocean Colour Scene, it wound up being a minor hitch in what was to become a promising and successful career, after a period of struggle to regroup and reorganize and quickly regain momentum.

The result has been a band well received by audiences and critics alike. And with their 10th album released earlier this year, further evidence that if it’s supposed to happen, not very much can prevent it.

Here is a concert they did at The Manchester Apollo in 1998, recorded and preserved for posterity by the venerable BBC 6 Music and offering further proof that you just can’t keep a good band down, especially when they work so hard to get there. They are currently on tour and will be until December. No sign of them showing up in the States, but they’ve got a ton of dates booked in the UK and Scotland. So if you’re around . . . .

Enjoy and, as always, play loud.

Strawbs In Concert – 1973 – Nights At The Roundtable: Mini-Concert Edition 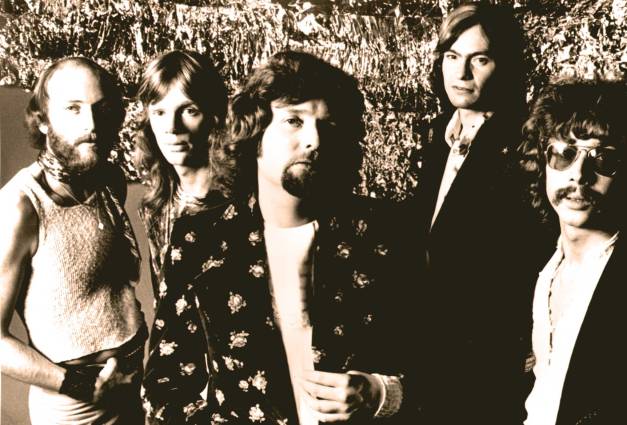 Going through a number of personnel changes in a short period of time.

Strawbs were a band who went though a number of musical changes during their initial tenure from 1964-1980. Initially a bluegrass/folk-rock ensemble, boasting the likes of Sandy Denny, who would later depart for Fairport Convention and a successful solo career. And Rick Wakeman, who would later join Yes and become part of that band’s halcyon days. Strawbs weren’t as wildly successful as the members who passed through, yet they had a substantial following, particularly in the U.S., and during their initial phase went from simple folk rock to Pop (touching on Glam for a bit) and eventually to Progressive Rock and became mainstays on FM radio in the early 70s.

They scored a substantial hit in 1973 with their single Part of The Union, which reached number two on the UK charts, and toured extensively with a group of up-and-comers, Supertramp, often with comparisons to each other in sound.

Tonight it’s a concert from the 1973 period. Wakeman had left to join Yes, and was replaced by John Hawken, formerly with The Nashville Teens. The sound was evolving as was their following on this side of the Atlantic, which was growing by leaps and bounds compared to the audience at home.

However, they did record this gig in London for BBC Radio 1’s In Concert series, and if they weren’t as popular in the U.K. as they were over here, it’s hard to tell by this concert.

A good time was had by all.

For those of you who have heard about Strawbs, but not actually heard them from this period, especially in concert – now’s your chance.

Mott The Hoople – Live At The Paris Theatre – 1971 – Nights At The Roundtable: Mini-Concert Edition

Made the transition to Glam in the early 70s and everything exploded.

Sometimes I run into a dilemma, of sorts, over what to post for the “roundtable” feature. Tonight it was choice over whether to run the scheduled piece (Mott The Hoople at The Paris Theatre in 1971) or the kick-off European tour concert by The Pixies, who performed earlier today at The Olympia in Paris.

Tough choices. So I threw it out to a vote. And even though it was close, the squeaker was Mott.

So there you have it.

Tonight it’s a performance by venerable Brit-rockers Mott The Hoople, just before their emersion into the Glam genre, right around the time of the release of Brain Capers (one of my favorite albums), in 1971. The concert was recorded, as always, by the ever-present (and thank god), BBC.

Tomorrow night it’ll be The Pixies, I promise. For now, it’s Death May Be Your Santa Claus and a bunch of other great tunes.

Elvis Costello & The Attractions – Live At Hope And Anchor – 1980 – Nights At The Roundtable: Mini-Concert Edition

This might kick off a return to 80s week, but I’m not sure yet.

When I first heard Elvis Costello it was when Watching The Detectives was just released. It was different than anything else going on at the time. The 70s were a real roller-coaster as far as music went. And by the end of the decade things were still in the process of shaking out and refining.

Elvis Costello was, to me, the next logical step in what would eventually be considered New Wave. Well crafted songs with socially relevant lyrics, a new Elvis Costello album or single was always an event which required a sit-down and serious listen. It was music to dance to, sure. But more than that, an Elvis Costello song had a lot more going for it than the beat and the riffs. There was the potent message to consider. And that was why so much of his early material made such an indelible impression on fans – it was music that demanded to be listened to, not at.

And in 1980 Elvis Costello was still in the evolution stage and his appearance in this 1980 broadcast from The Hope and Anchor Pub in London gives some idea of his huge early-on popularity with fans.

Recorded by the venerable BBC and broadcast over BBC6 Music, here is a 25 minute extended excerpt of what was a much longer concert.

But the sentiment and the craft is still very much there.

A little bit of Austin dropped in on Cambridge.

A change of pace tonight. No reason, but I don’t recall running any Nanci Griffith on Past Daily ever – so tonight’s a make-good on that.

Here is the Texas (now Nashville) singer-songwriter in concert from the 1992 Cambridge Folk Festival (and an obviously thrilled audience), recorded by the ever-present and always reliable BBC.

Nanci Griffith has been a staple in the diet of most folk enthusiasts here in the U.S.  since the late 1970s – but it’s always gratifying to hear how well she is received overseas. Further evidence when music is good – everyone enjoys it, everywhere.

Crank it up where you are and enjoy. 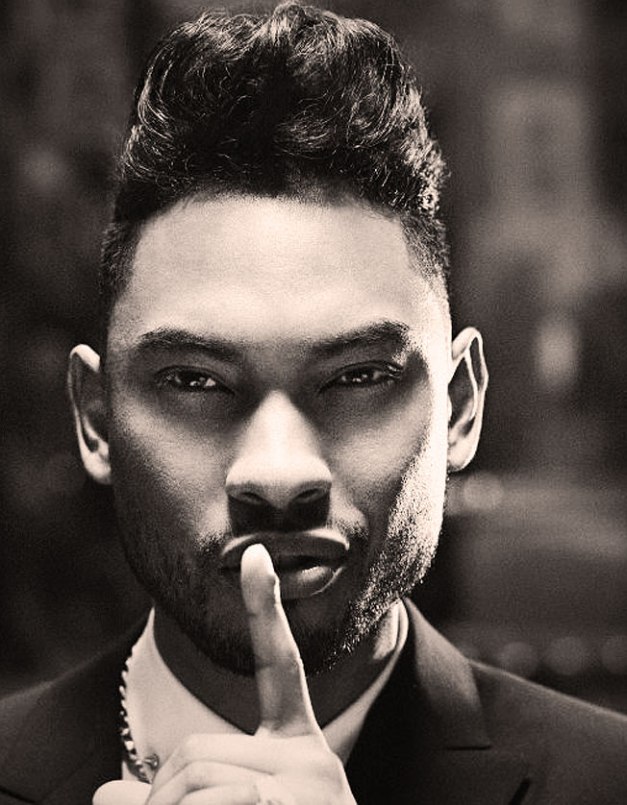 The new face of R&B.

Over to Malmö Sweden tonight for a mini-concert by West Coast native Miguel, recorded by Sveriges Radio in January of this year and broadcast just a few weeks ago. Characterized as part of a New Wave of R&B artists, Miguel has scored very highly with audiences, and judging by the reaction to the Swedish crowd, has gained a pretty solid reputation worldwide. Incorporating a mash-up of R&B, Funk, Hip-hop, rock and electronica into his music, Miguel has forged some new vistas as a result and is considered, not only New Wave R&B, but a new genre for R&B. He has been favorably reviewed and has won a host of awards, starting with New Artist of the Year in 2011 and going from there.

As always, listening to R&B in a live setting is a unique and enjoyable experience. The versatility in Miguel’s vocals are plainly evident in this context – no production, no overdubbing, no tricks. It’s the proverbial flying-without-a-net and it adds to the assessment that here is an artist who has something to say.

So hang out for a bit and enjoy.