Went from covers to original material and never looked back.

Taking a detour to the deep, dark past tonight with a live appearance by The Hollies, originally broadcast over German TV on May 28, 1966.  One of those bands that set themselves apart from the initial British Invasion groups, their real distinction was their vocal harmonies – enhanced by the high registers of Graham Nash. When Nash went off to discover whole new vistas as a member of Crosby, Stills and Nash, something went missing from the magic ingredient of The Hollies. Although they were consistent hit-makers well into the 70s, it’s always their earlier material that reminds me what a great band they were.

Even at a little under 10 minutes, the band manages to pack enough in – but they could have done over an hour and it wouldn’t have dragged one bit.

A reminder of a great band during their formative days when 60s music was going through huge changes and everybody went along for the ride.

Earned his reputation in film, but his concert work was no slouch either.

Largely forgotten today, the music of Marcel Delannoy was wildly popular during the 1930s. So popular, that Maurice Ravel once said he was the “finest composer in France today”. But his reputation was to be had in film – a prolific film composer from the 1930s to 1960. It was largely thought that his work in film prevented him from composing in other forms, which may have damaged his reputation over the decades.

But whatever the case, Marcel Delannoy, largely self-taught, but did study for a time with Arthur Honegger, was fully dedicated to music and its composition.

This weekend’s performance of a suite from the ballet La Pantoufle de vair is from a radio broadcast, featuring the French Radio Symphony conducted by Jean Giardino from around 1955.

At present there is only one recording of Delannoy’s works currently available.  A compilation of music conducted by Charles Munch. It’s doubtful this particular performance has ever been issued in any form. 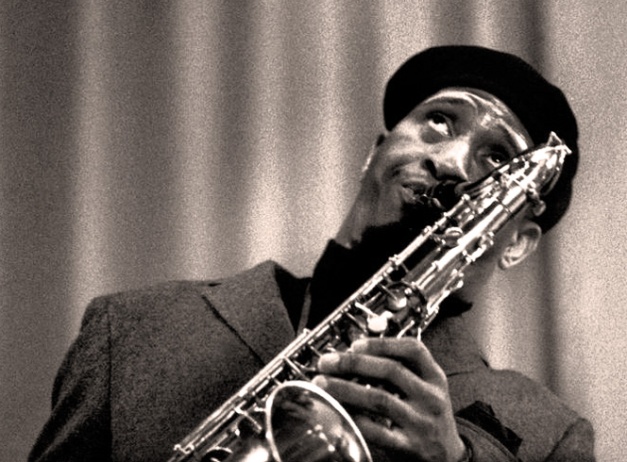 Something special and historic this weekend. The legendary Sonny Rollins in one of his last appearances in 1959 before his self-imposed withdrawal from the scene for a period of introspection, regrouping and reappraisal. This one, a club date from Aix-en-Provence in France was fortunately recorded and later broadcast (and re-broadcast) by the venerable Radio France International on March 11, 1959.

Here’s who plays and what they play:

Despite the seemingly short set of 3 numbers, they play for almost an hour. So there’s a lot of exploring going on. And of course, the audience didn’t want them leave. Sonny finally having to tell the fans “Je suis Fatiguè”.

And listening some 54 years later, I didn’t want it to end either.