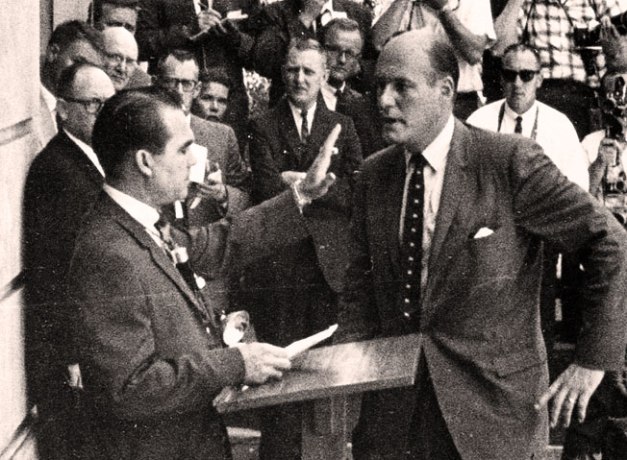 Fifty years ago today, the Civil Rights struggle had gathered steam, but it was still a struggle with bitter and violent opposition every step of the way. On this day in 1963, the infamous showdown between Deputy Attorney General Nicholas Katzenbach and Alabama Governor George Wallace typified just how deep and visible the resistance was to change.

The issue was over the integration of Alabama schools and the defying of a Federal mandate ordering their integration and upholding the Supreme Court ruling of 1954.

Here is an extended excerpt of President Kennedy‘s address on School integration and the situation in Alabama and a re-cap of the days activities on the confrontation between George Wallace and Nicholas Katzenbach on the steps of the University of Alabama as narrated by Richard C. Hottelet of CBS Radio News.

Not that long ago.